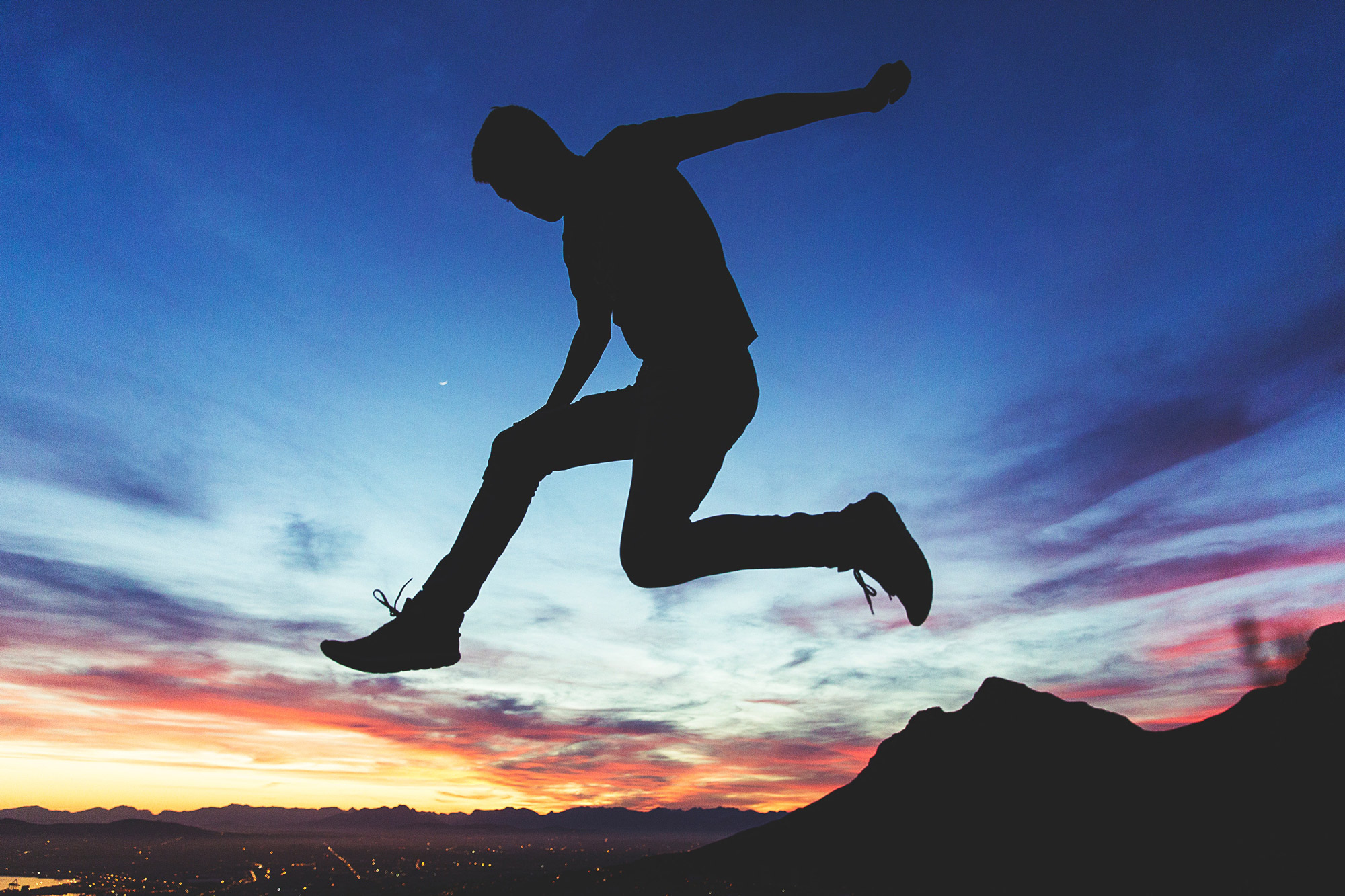 Serving Teens in the North State

In 2001, Chaplain Jack Audino began the Campus/Juvenile Justice Chaplain Program in response to nationwide tragedies on campuses and in neighborhoods throughout our country. The goal was to get to know and serve teens at schools and in detention centers throughout the North State and, through those relationships, to assist them in making the right decisions in life.

We believed, that with God’s help, we could encourage them to take a “Leap of Faith” into a new world of rewards for good behavior rather than consequences for wrong choices. Training mentors who would commit time and relationship, as well as support and encouragement, seemed to be the answer.

In 2007, the New Way for Teens Mentoring Program was birthed out of the Chaplain ministry and continues to provide weekly adult mentor connections to youth exiting the Juvenile Rehabilitation Facility as well as “High-Risk” students attending several community schools throughout Shasta County.

Over the past several years, Chaplain Jack has continued to develop teams to serve the youth at Shasta County Juvenile Hall, Pioneer High School and Juvenile Court.

In 2013, we launched Forward Leap as a new 501(c)3 nonprofit corporation. Forward Leap now offers several programs for educating and impacting our youth in need of positive life change. Our mission is to keep growing and expanding to meet their needs and build relationships. 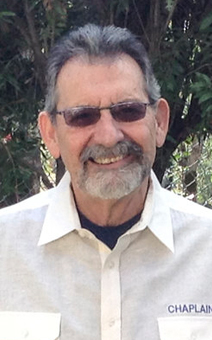 Jack grew up in the Mid-west; he graduated from Catholic school and attended Kent State University. He spent 10 years in the Marines before attending Herbert W. Armstrong Bible School. In 1978 he walked the streets of East Los Angeles and Chicago south-side, with a group of street evangelists, which became a Chapter of the “Guardian Angels.”

In 1980 he moved to Redding and started a Christian based family business; Sunblockers, Inc. In 1993 he joined the Gideon’s, visiting Federal Prison Camps in Boron, Lompoc, Fairfield Women’s Federal Prison Camp, and De June California. In 2005 he became a certified Chaplain for the “International Federation of Christian Chaplains.” He was a speaker representative for the Pocket Testament League until joining Youth for Christ as a Chaplain and Board Member. In 2006 Jack started heading up the Juvenile Justice Ministry for the Shasta Region. He authored “The Mentoring Journey,” and “The New Way For Teens” mentoring program that is designed to divert youth from the juvenile justice system and support them in making positive choices, contributing to the community, seeing their lives transformed.

The idea of Forward Leap was birth several years ago, and it’s programs are designed to work with youth both in and out of Juvenile Hall. He is committed to unlocking the future of at-risk-teens! Jack is married to a “God sent” wife and has six children and ten grandchildren. 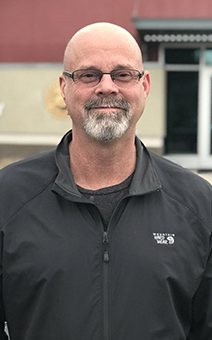 Brian was blessed to grow up in Sonoma County – born in Santa Rosa and then
moved to Healdsburg when he was 10 years old. His family owned a small farm in
the foothills of Alexander Valley where he grew up riding horses, fishing in their
creek and shooting cans off the fence posts. In many ways it was the perfect life, but
when the curtains were pulled back, his dad, who was a Vietnam vet, struggled with
many issues and thus Brian grew up in a very dysfunctional home.

Following in his father’s footsteps and growing up in the 70’s, Brian struggled with
drugs, alcohol and a rebellious nature. But God is good – so very good, and in his
early twenties he came to know the Lord through Calvary Chapel Ministries. It was
then that he decided to go back to college and become a Jr. high teacher. He has now
been in education for over 30 years. His heart and passion are to work with at-risk
young people and help them not go through some of the stuff he went through as a
young man.

He has found many kindred spirits in the Forward Leap Staff and he is thankful for a
ministry that is truly seeking to change lives and impact the Kingdom one person at
a time. 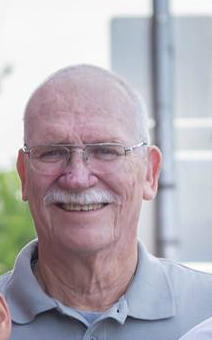 Michael grew up in Los Angeles County. As a young adult Michael was living a life of drugs and alcohol but God turned his life around during the Jesus People Movement when he went to a little church that preached about having a relationship with Jesus as opposed to a having religion.

Michael is an expert aircraft machinist and quality control technician. He retired in 2012 after working in medical device manufacturing and design. Mike serves on the board of Forward Leap and as a chaplain in Shasta and Tehama County Youth Justice Centers. He started working with these youth in 2009 and has great stories and testimonies of seeing God working in the lives of these youth. Michael makes custom musical instruments and lives in Redding with his wife who is an alternate board member at Forward Leap. 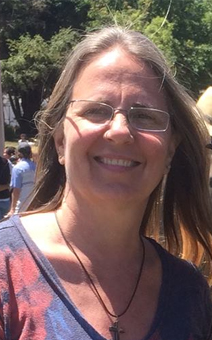 Suzanne moved to Redding from the Bay Area and has lived in Shasta County for the past forty-eight years. During that time Suzanne has worked as a Lunch Manager, server, and bookkeep for the Hatchcover Restaurant. Suzanne married Jack Audino and has a wonderful blended family, raised six children and has nine grandchildren.

Suzanne owns a very successful business in Redding, and supports her husband in the Ministry of Forward Leap, she is on the board of directors as well.

In 2001 Suzanne obtained a Contractor’s license, for her business, 2005 she won the “National Leadership Award,” then in “2006 Business Woman of The Year Award.” Suzanne has mentored many at-risk girls for Forward Leap, her loving kindness, outstanding Character and Integrity has shined for these girls and has given them an example of how to be a productive individual in our community and society. 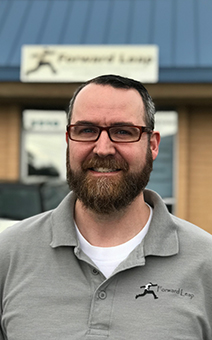 Chairman of the Board, Director, Lead Chaplain

Nick was born in the Mid-west and then moved to Redding with his family as a young child. He grew up in the church but fell away during high school. He came back to the Lord in 2000. In the summer of ‘01 Nick met his wife, Connie, working at Sunset Market in Redding.

Nick studied Computer Science at Sac State. He ended up pursuing a career with Best Buy and was a manager at the Redding location for 8 years. He is currently pursuing a career in Real Estate. Nick and Connie have one son, Hank. Struggling with infertility for years, the Lord blessed them with Hank in 2015.

Nick has been a Chaplain in Juvenile Hall with Jack since 2013, when the old hall was still operating. He has a passion to see kids that are going down the wrong path turn to the Lord, have successful lives and become contributing members of society.